HTML stands for HyperText Markup Language. It is a language for documents designed to be displayed in a web browser. It can be assisted by technologies such as Cascading Style Sheets (CSS) and scripting languages such as JavaScript. HTML was created by Berners-Lee in late 1990 but "HTML 2.0" was the first standard HTML specification which was published in 1995. HTML 4.01 was a major version of HTML and it was published in late 1999. In 2004, development began on HTML5 and completed and standardized on 28 October 2014.

Basics of a HTML Document

The following is an example of a simple HTML document.

Lets break down this example to learn basic concepts of HTML:

An HTML element is everything from the start tag to the end tag:

A typical HTML document can be visualized with the following page structure: 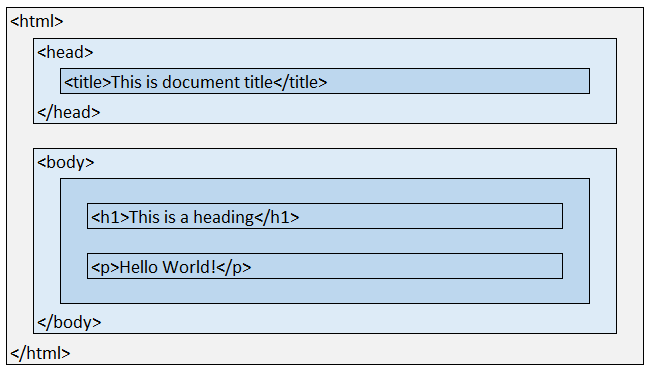