The Python set isdisjoint() method is used to find out whether two sets have any common element or not. It returns true if there is no common element between two sets, else returns false. Please note that, this method can take iterable as an argument also. 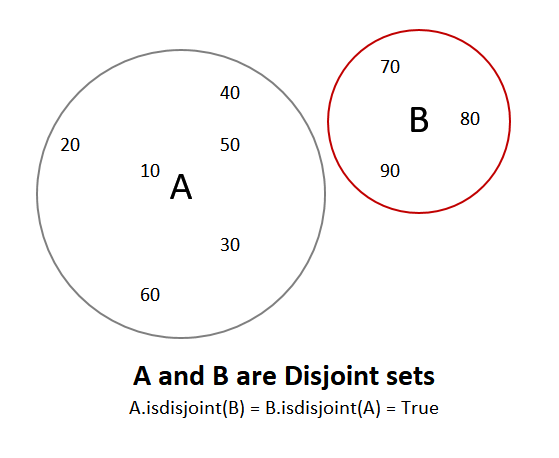 In the below example, SetA is checked againt SetB, SetC, ListB and ListC for disjoint sets using python isdisjoint() method.