The Python union() method returns a set which contains all elements of two or more sets. This method can take any number of sets or iterables to compute the union set. Please note that, this method does not change the original set. 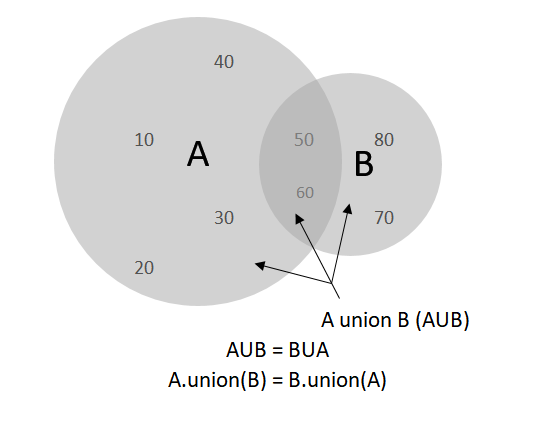 Returns a set which contains all elements of the specified sets.

In the example below, two sets called SetA and SetB are taken to compute union of these sets using python union() method.