The Switch statement in R language is used to execute one of many code statements. It can be considered as group of If-else statements.


The switch expression is evaluated and matched with the cases. When the case matches, the following block of code is executed. The following rules apply to a R switch statement: 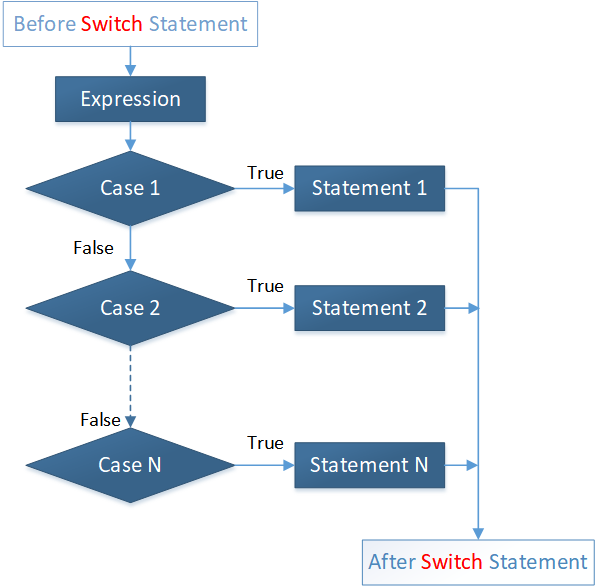